A professor of evolutionary biology explains: “We inherited the major nerves we use in breathing from fish. We became heir to this design from fishy ancestors with gills closer to the neck, not a diaphragm well below it. The characteristic pattern of muscle and nerve activity of hiccups occurs naturally in other creatures – more specifically, they turn up in tadpoles that use both lungs and gills to breathe. When tadpoles use their gills, they have a problem—they need to pump water into their mouth and throat and then across the gills, but they need to keep this water from entering their lungs. So what do they do? They shut the glottis to close off the breathing tube, while sharply inspiring. In essence, they breathe with their gills using an extended form of hiccup.” 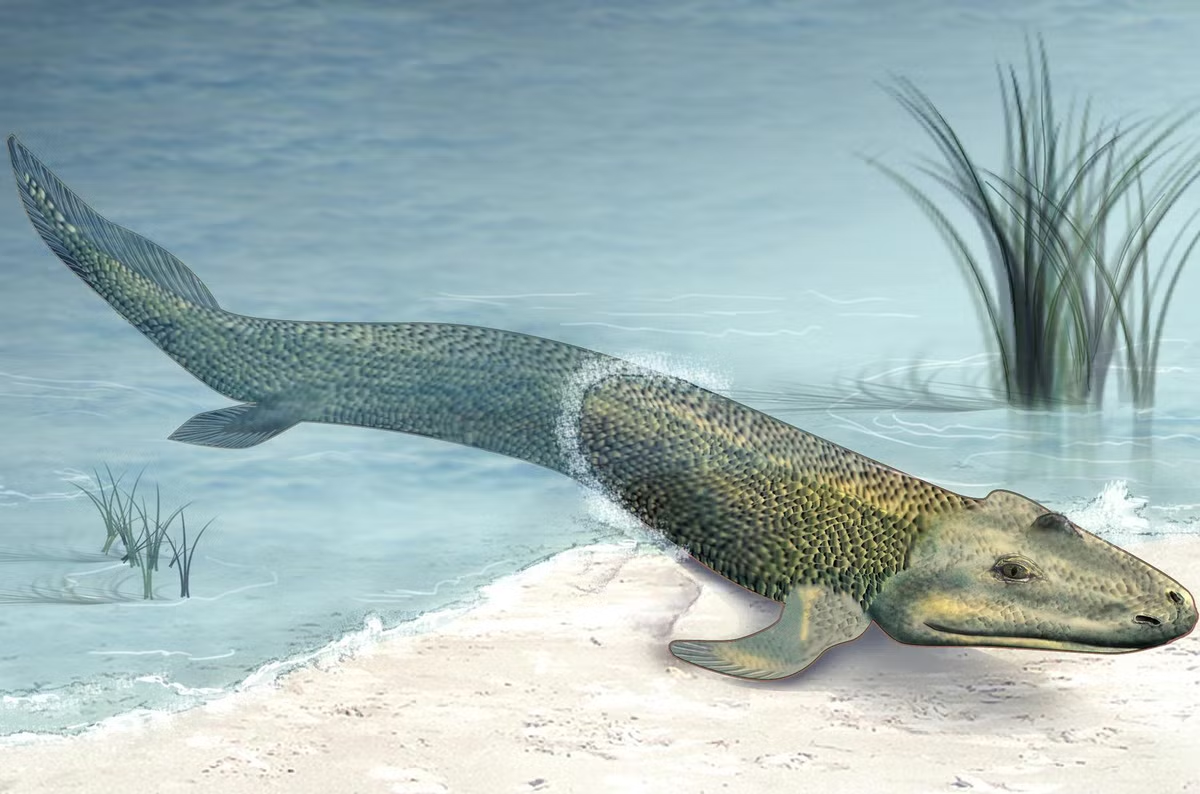 When COVID scrambles your sense of smell

Ryan McManus writes about how COVID caused “parosmia” or a screwed up sense of smell: “When you smell something, anything, the olfactory nerves capture the scent molecules as encoded data, and pass that data signal along to your brain, which decodes it and matches it to a known scent, like chocolate or feet. With parosmia, the data of the coffee smell gets garbled and turns up in the brain as something totally unknown, like scrambling a QR code. And, at a survival level, a good default for “this smell is unknown to us and confusing” is “stay the hell away from this”. This was unpleasant for me but downright crippling for others, who find not only food but their romantic partners or their own bodies smelling repellent, and no amount of hygiene will cover the smell.” 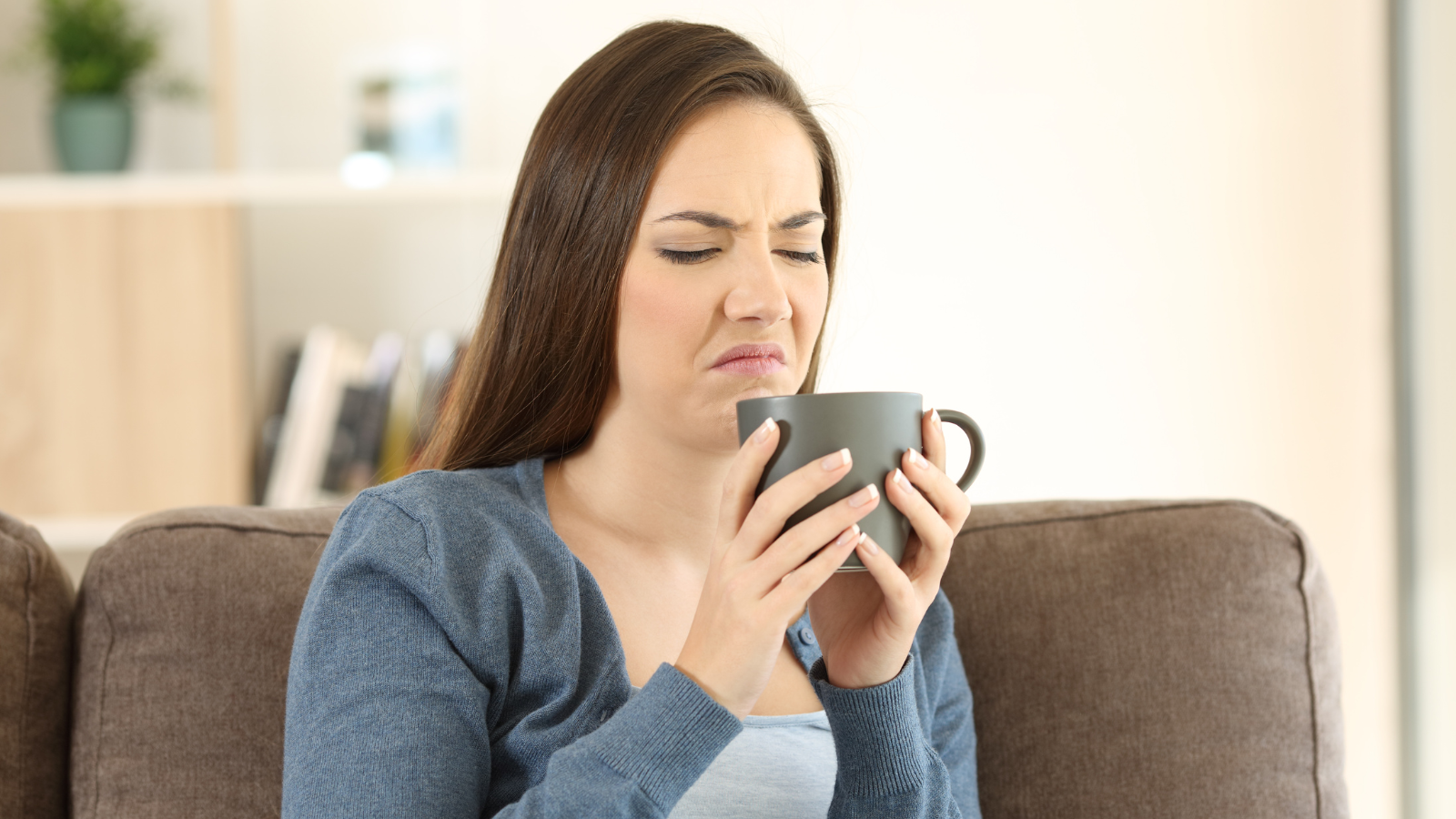 In the latter half of the eighteenth century, the Italian physician Luigi Galvani found that frog’s legs twitched as if alive when struck by a spark of electricity. In her 1831 Preface to Frankenstein, Mary Shelley mentions how discussions on this idea that one could electrically stimulate a dead muscle into apparent life — known as “galvanism” — came to influence her story. Galvani’s nephew, Giovanni Aldini, progressed from frogs legs to attempting the reanimation of hanged criminals, making use of the “Murder Act” of 1752, which added the punishment of dissection to hanging. In 1803, Aldini was able to experiment with some success upon George Forster, who had been found guilty of murdering his wife and child. Onlookers reported that Forster’s eye opened.

From ProPublica: “As the United States pushed Native Americans from their lands to make way for westward expansion throughout the 1800s, museums and the federal government encouraged the looting of Indigenous remains, funerary objects and cultural items. Many of the institutions continue to hold these today — and in some cases resist their return despite the 1990 passage of the Native American Graves Protection and Repatriation Act. “We never ceded or relinquished our dead. They were stolen,” James Riding In, then an Arizona State University professor who is Pawnee, said of the unreturned remains. Ten institutions hold about half of the Native American remains that have not been returned to tribes. These include old and prestigious museums.” 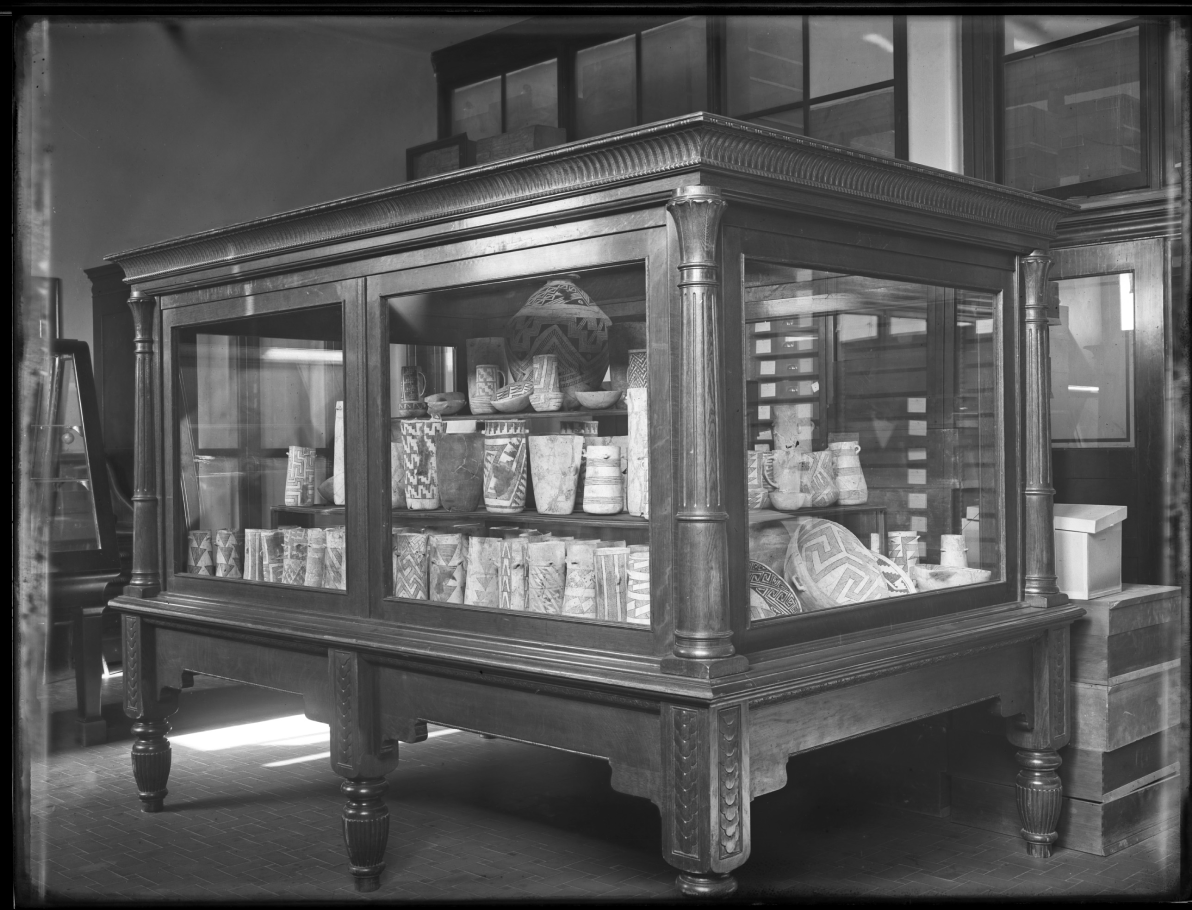 The James Webb telescope is finding too many early galaxies

Evidence is building that the first galaxies formed earlier than expected. As the James Webb Space Telescope views swaths of sky spotted with distant galaxies, multiple teams have found that the earliest stellar metropolises are more mature and more numerous than expected. The results may end up changing what we know about how the first galaxies formed. Previous studies, such as those done using the Hubble Space Telescope, had suggested that as we look back toward a younger universe, the stable rotating disks of today give way to more chaotic shapes, representative of the violent mergers that built up the first galaxies. Then again, those previous studies also had a hard time classifying the most distant ones, which looked like little more than smudges. 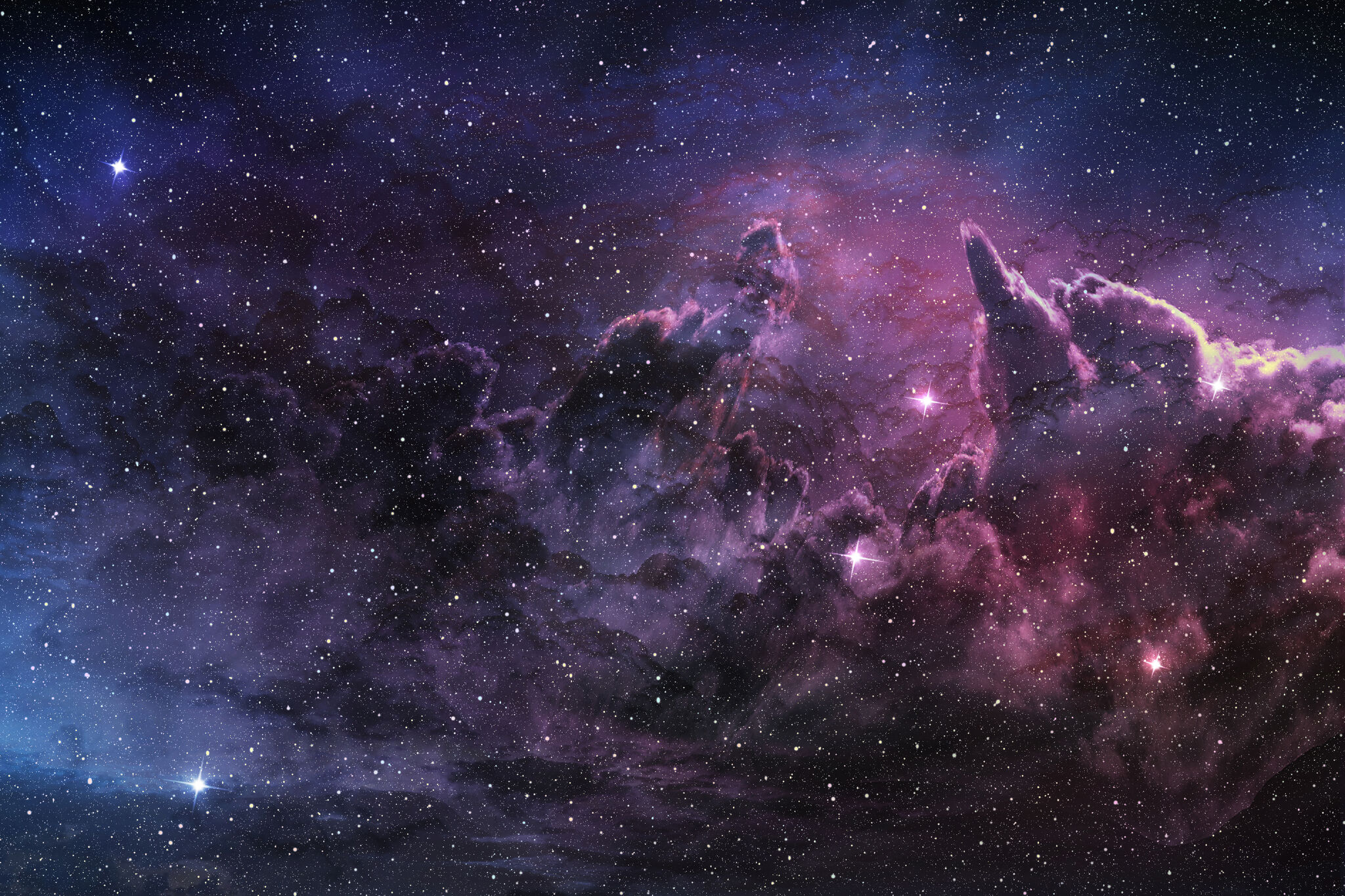 Residents say that if you stare into the eyes of the Užupis Mermaid as you cross the bridge into the tiny, self-declared Republic of Užupis from the surrounding Lithuanian capital of Vilnius, you’ll never want to leave. Although Užupis is not recognised by foreign governments as an official nation, the micro-nation has become a source of pride in Vilnius and throughout Lithuania. The republic celebrates its independence annually on 1 April, known locally as Užupis Day. On this day, travellers can get their passports stamped as they cross the bridge into the republic. What essentially began as a tongue-in-cheek April Fools’ Day joke for a small group of creatives is now a serious endeavour. The Republic of Užupis has a constitution that has been translated into multiple languages. 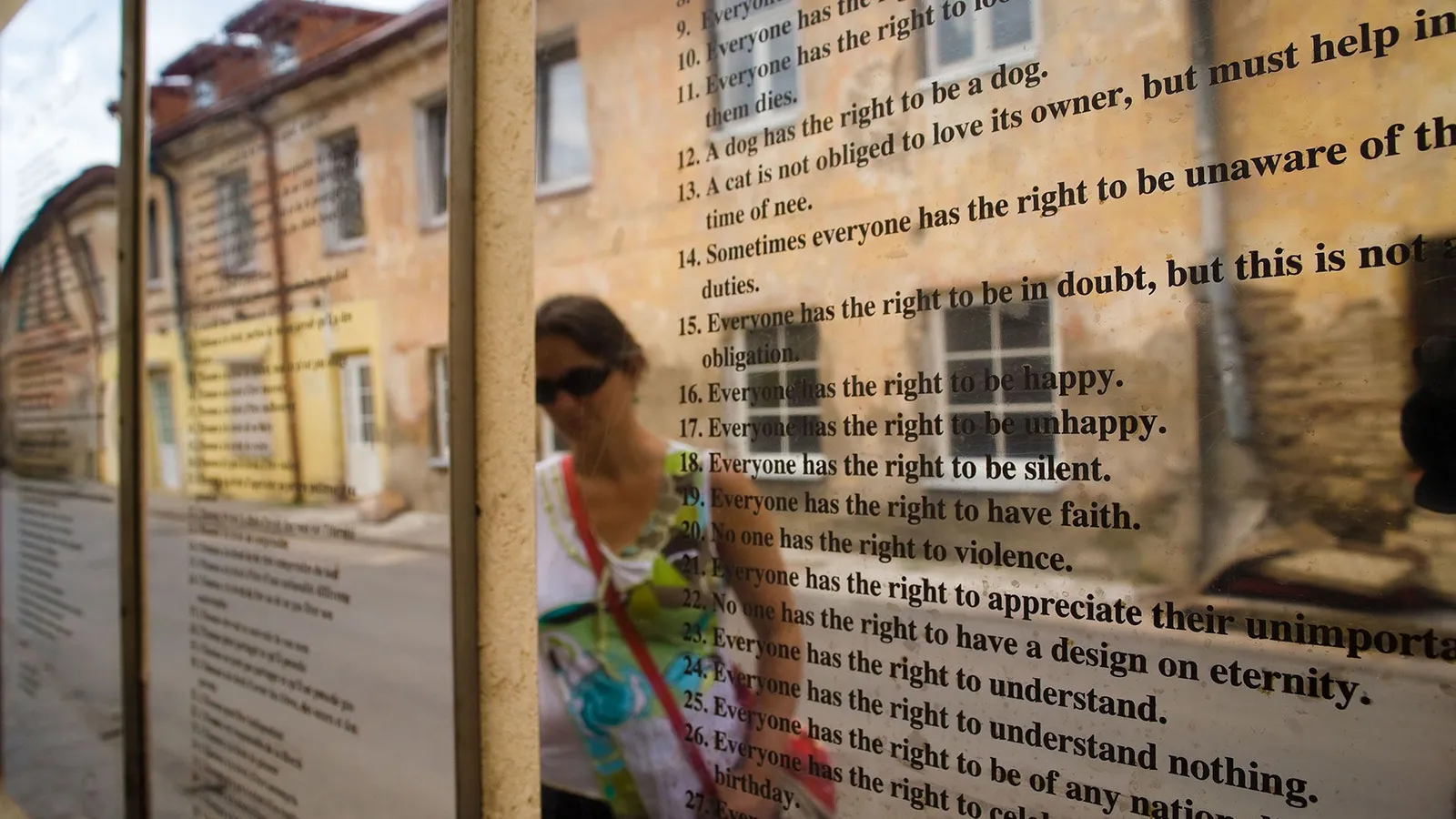