Just before noon on Christmas Eve in 1971, Juliane Diller, then 17, and her mother boarded a flight in Lima. The flight was supposed to last less than an hour. About 25 minutes after takeoff, the plane flew into a thunderstorm, and the teenager watched a bolt of lightning strike the right wing. She remembers the aircraft nose-diving. As she plunged, the three-seat bench into which she was belted spun like the winged seed of a maple tree toward the jungle canopy. She blacked out, only to regain consciousness alone, under the bench seat, in a torn minidress — on Christmas morning. She had fallen some 10,000 feet, nearly two miles. It took her 11 days to walk out of the jungle. 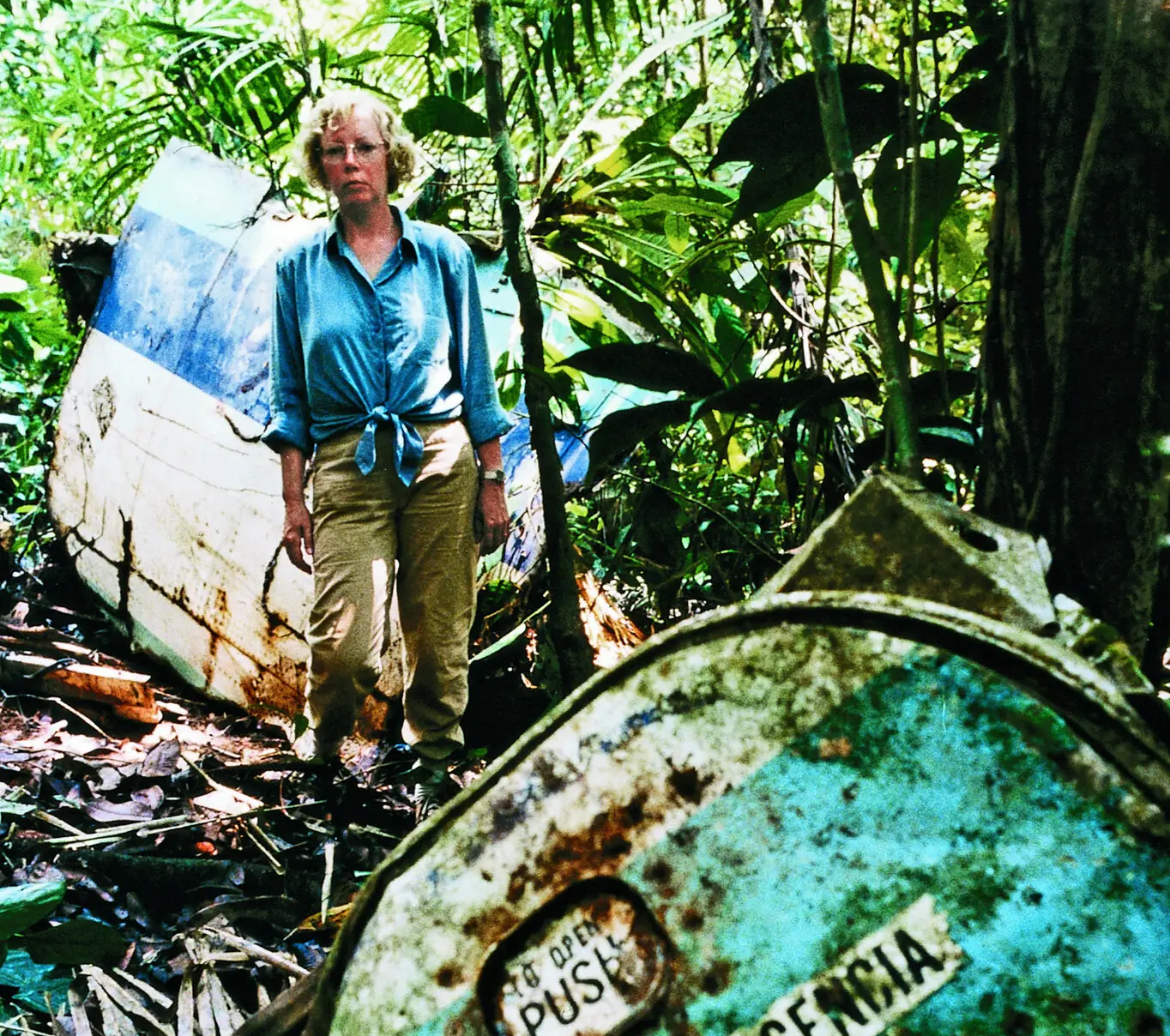 In a secluded valley in southern Chile, a lone alerce tree stands above the canopy of an ancient forest. Green shoots sprout from the crevices in its thick, dark trunks, huddled like the pipes of a great cathedral organ, and water streams down its lichen-streaked bark on to the forest floor from bulbous knots in the wood. “It was like a waterfall of green, a great presence before me,” remembers the climate scientist Jonathan Barichivich, 41, of the first time he encountered the Gran Abuelo, or “great-grandfather”, tree as a child. “I never thought about how old the Gran Abuelo could be,” he said. However, Barichivich’s recent groundbreaking study has shown the 100ft giant could be the world’s oldest living tree, at more than 5,400 years old. 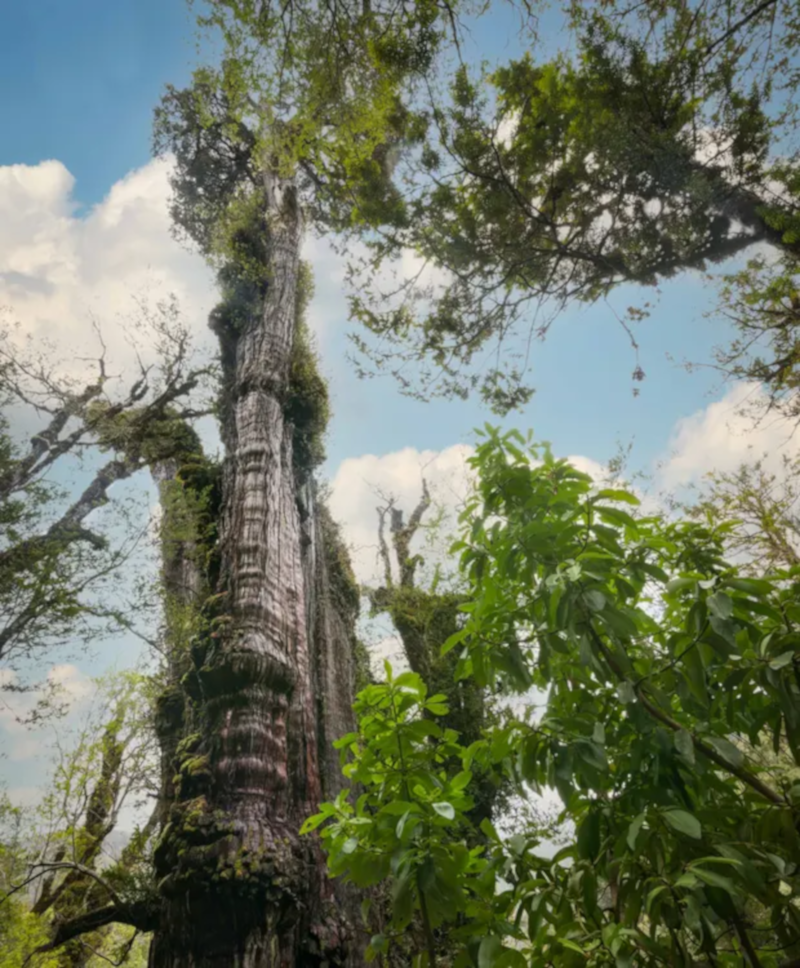 You can live just fine with half a brain

New research provides more evidence of just how malleable the brain is early in life. A study published recently in Proceedings of the National Academy of Sciences shows that both hemispheres are capable of taking over the functions of the other when one of them is removed in childhood. Michael Granovetter of the University of Pittsburgh and his colleagues examined 40 people who had the left or right hemisphere of their brain removed in childhood (mostly as a last-resort treatment for debilitating, drug-resistant epilepsy). The researchers tested the subjects’ ability to recognize words and faces — functions which in most people are lateralized to the left and right hemispheres, respectively. The participants performed this task with about 80 percent accuracy, falling only slightly short of the accuracy of 31 age- and sex-matched controls. Crucially, it made no difference which hemisphere had been removed. 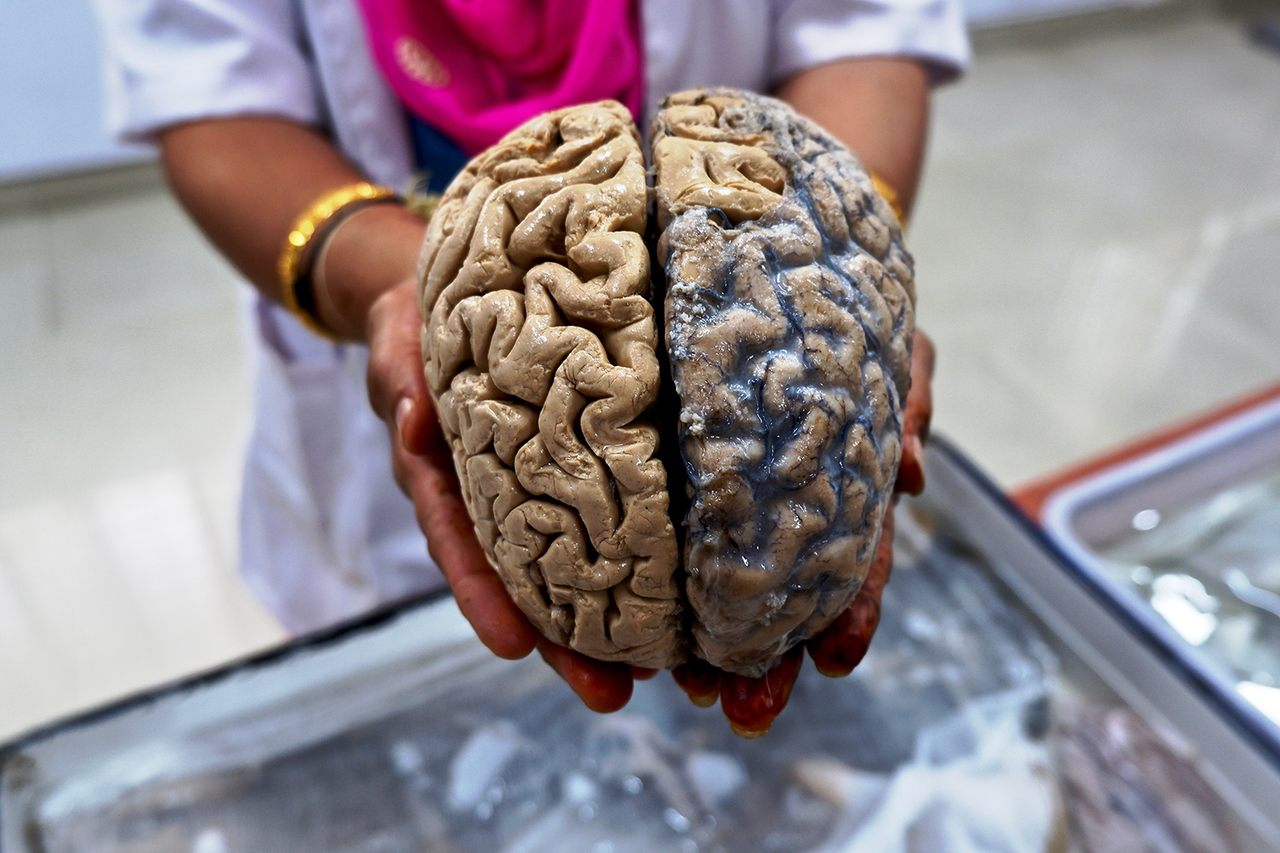 The forced removal of the Unangax people of the Aleutian Islands

During World War II the remote Aleutian Islands, home to the Unangax (Aleut) people for over 8,000 years, became one of the fiercely contested battlegrounds of the Pacific. This thousand-mile-long archipelago saw the first invasion of American soil since the War of 1812, a mass internment of American civilians, a 15-month air war, and one of the deadliest battles in the Pacific Theatre. “We were cut off from the rest of our home island by a barb wire fence erected by the United State military,” wrote one resident of Unalaska. “We had to conform to curfews, blackouts, respond to alerts and establish foxholes near every home. We were cut off from our food supply and had to make do with what we could buy from the stores. Our first taste of inflation came. Our church was strafed. It was only after a very long lengthy struggle with the military that the leaders of Unalaska were able to have holes dug to store furnishings of the church.” 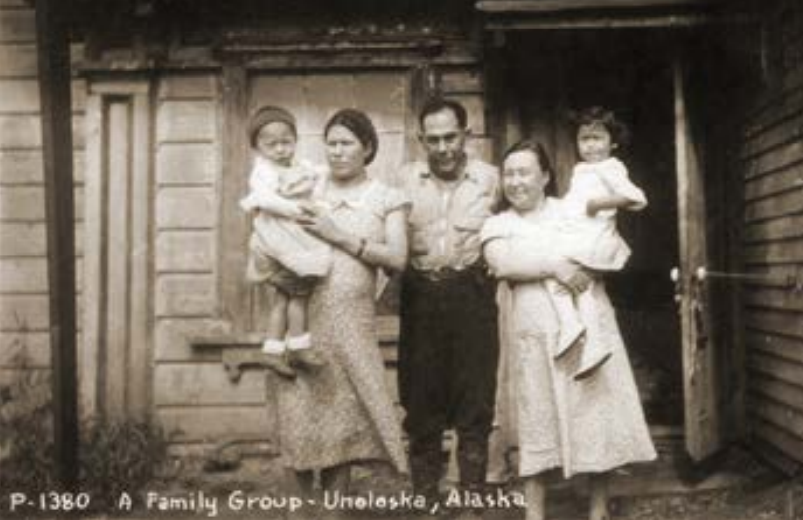 Was a professor fired for having Tourette Syndrome?

In January 2020, Dutchess Community College in New York banned a photography professor named Lowell Handler from its property and declared him unqualified to continue teaching there. Handler, the school claimed, had touched students “in a sexual manner” without their consent and peppered his classes with suggestive comments. “Students have a right to an educational environment free of sexual harassment and forced touching,” wrote then-president Pamela Edington. Handler admitted to touching students, though he disputed the details—insisting, for example, that he touched the first accuser’s arm. He also acknowledged making offensive comments. But his explanation added a twist to the narrative: Handler has Tourette syndrome, a neurodevelopmental disorder that causes a wide range of involuntary sounds and movements. 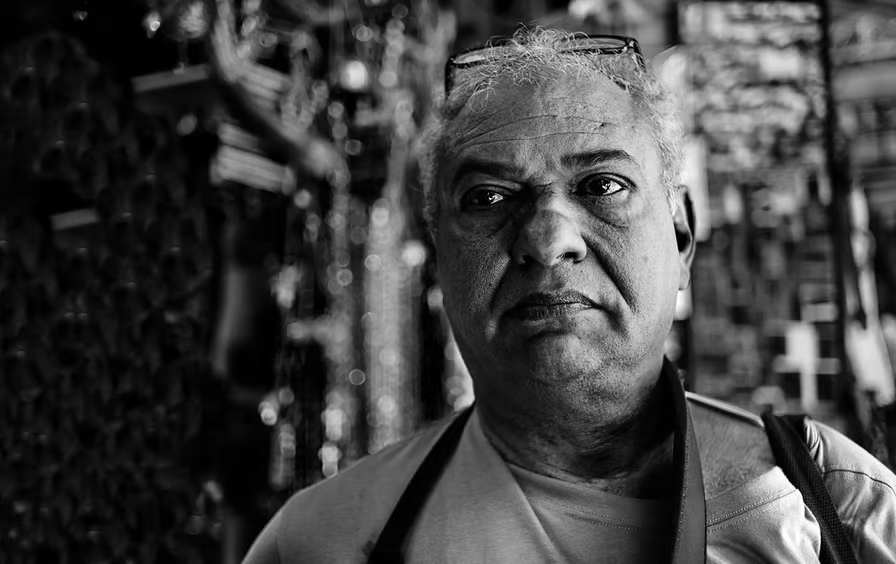 The legendary anonymous graffiti artist had a directive for his followers on Friday, encouraging them—possibly tongue in cheek, possibly not—to visit the Regent Street Guess store in London and steal the brand’s new collection that features his artwork. “Attention all shoplifters. Please go to Guess on Regents Street. They’ve helped themselves to my artwork without asking, how can it be wrong for you to do the same to their clothes?” Guess had displayed the collection in the store window, showing t-shirts and jackets with Banksy’s Thug for Life Bunny against a blown-up backdrop of the artist’s well-known print of a man throwing flowers. The new collection is a partnership with the company Brandalised, which, according to BBC, has a license to sell Banksy memorabilia to fans. 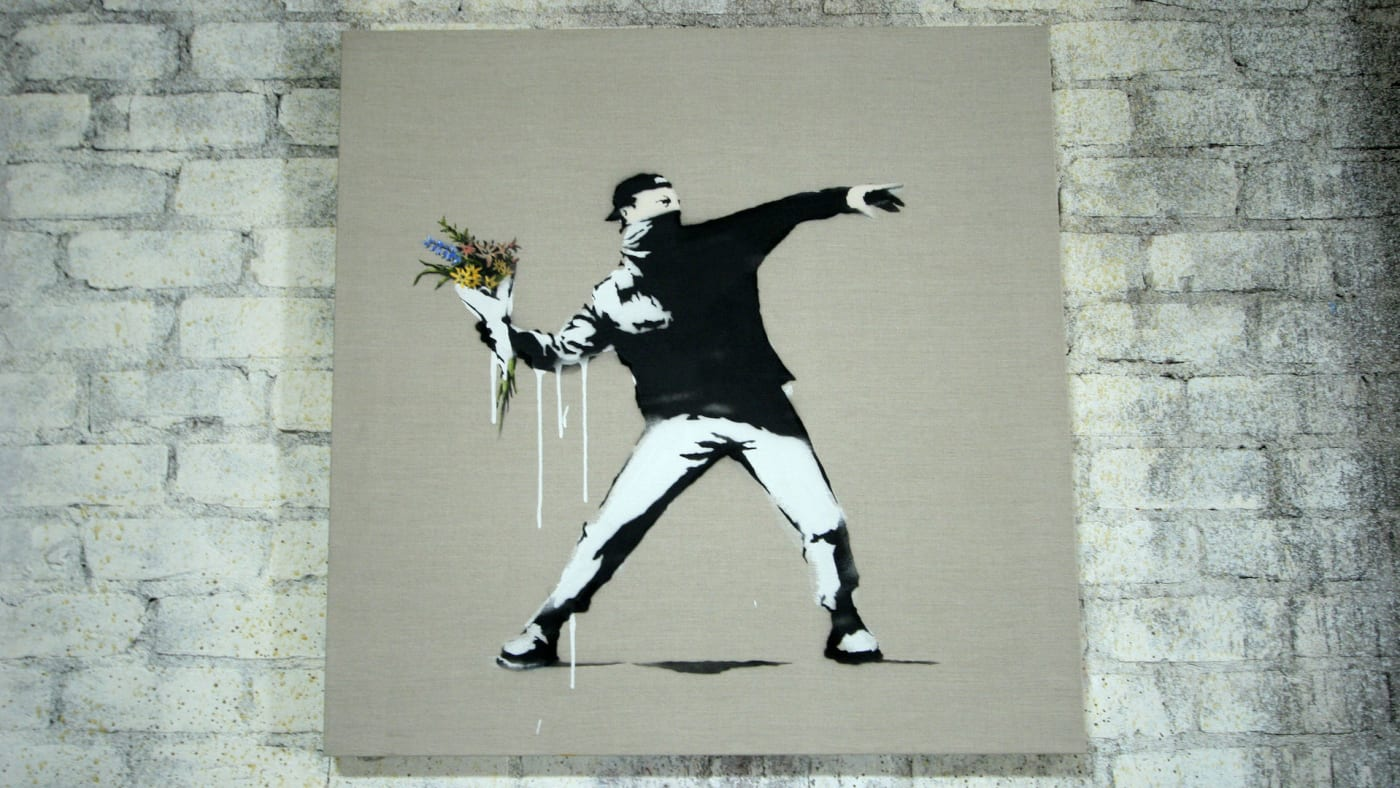 A couple of friends having fun together