The relationship between a reporter and a company he (or she) is trying to write about is… well, complicated. In some cases, it’s like two hostile nations trying to meet at Camp David, with each side compiling as much information — secret and otherwise — about their adversary, and each side trying to read between the lines to find out what the other party really meant. And sometimes those files get leaked, as they did in the case of Wired writer Fred Vogelstein. 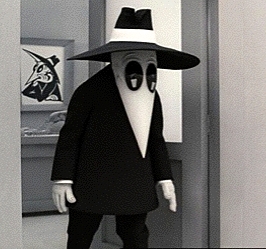 In a classic case of mis-communication, Fred got sent the file that Microsoft PR firm Waggener Edstrom had compiled on him. The PDF, which Fred has helpfully made available here, contains 13 pages of notes from interviews, commentary about his reporting abilities, and so on. Nothing earth-shattering, mind you, but still somewhat embarrassing — including comments such as “It takes him a bit to get his point across so try to be patient” and â€œWeâ€™re pushing Fred to finish reporting and start writing.â€ Ironically, the story was part of a Wired cover package on transparency, as editor Chris Anderson describes here.

As Mike Arrington notes at TechCrunch, the fact that Microsoft’s PR firm compiled a dossier on Fred is not surprising. Somewhere, there is an underground server farm the size of the Pentagon filled with minutiae about anyone who has made it past the Microsoft reception desk (I’m only partly joking). That’s how Microsoft — and many other large companies — work.

Frank Shaw, president of Waggener Edstrom — whose blog, fittingly enough, is called “Glass House” — has responded with a post about the event. For the most part, he plays it cool, although he seems (perhaps not surprisingly) a little on the defensive at certain points. Towards the end, he says that in most cases “the interests of a journalist and PR are totally aligned â€“ a great interview is always the best possible outcome.”

Mr. Shaw is right, of course. But what he doesn’t say is that the definition of what constitutes a “good” interview can differ radically depending on whether you are a PR firm or a reporter trying to get a story. Sometimes that relationship is a pitched battle, sometimes it’s an arranged marriage, and sometimes it’s a dance. A PR firm has to be equal parts marriage broker, dating service, DJ and (in some cases) spook. ‘Twas always thus.