It’s a simple sentence that captures the hopes and fears of modern-day parents as much as the bronze age Canaanite who owned the doubled-edged ivory comb on which the words appear. Believed to be the oldest known sentence written in the earliest alphabet, the inscription on the luxury item reads: “May this tusk root out the lice of the hair and the beard.” It was unearthed in Lachish, a Canaanite city state in the second millennium BCE and the second most important city in the kingdom of Judah. Efforts to obtain an age for the comb from carbon dating proved futile, but researchers believe it was made around 1700 BCE.

How Ukraine blew up a key Russian bridge

Last month, a truck laden with explosives drove across the Kerch bridge, a critical artery connecting Russia with its troops fighting in southern Ukraine. A train traveled alongside. The truck detonated at a critically vulnerable spot — about halfway between a pair of reinforced concrete piers, maximizing damage to the roadway. The explosion was large enough to rupture fuel tanks in the passing train, setting it on fire. The detonation was also well placed to pull an even larger portion of the roadway off its joints and into the sea. The attack, which killed four people, was a critical moment in the war.

NASA’s Orion space capsule is sending back snapshots of Earth that evoke the “blue marble” pictures taken by Apollo astronauts five decades earlier. This time around, the photographer is basically a robot, built into the camera system for the uncrewed Artemis 1 mission. The round-the-moon odyssey got off to a spectacular start early yesterday with the first launch of NASA’s Space Launch System, and over the next 25 days it’s due to blaze a trail for future crewed trips to the lunar surface. Hours after liftoff, a camera mounted on one of Orion’s four solar arrays pivoted around to capture a view of the spacecraft’s European-built service module in the foreground — with our half-shadowed planet set against the black background of space.

An astronomer from Oxfordshire was locked out of her Twitter account for three months after sharing a video of a meteor which was flagged by the site’s automated moderation tools. Mary McIntyre was told that her six-second animated clip featured “intimate content”, shared without the consent of the participant. Her only option was to delete the tweet. However, in doing so she would have had to agree that she had broken the rules. Her initial 12-hour ban went on for three months – and she exhausted the online appeals process. “It’s just crazy… I don’t really want it on my record that I’ve been sharing pornographic material when I haven’t,” she said of her refusal to delete the tweet.

Sacred feathers, and the tribes that need them

The Yuchi people, who reside in northeastern Oklahoma and number roughly 3,000, wear the feathers of the whooping crane before performing their annual ceremonies. The agreement with the bird is simple: when they sing the whooping crane’s songs, they must wear his feathers. But over time, feathers from the whooping crane became harder to come by. Due to habitat loss and hunting resulting from European colonization, the bird’s population dropped to around 1,400 in 1860 and hit a nadir of 15 birds in 1941. One day in 2011, Scott Stafford, second chief at the Yuchi ceremonial ground Duck Creek, returned the first of many feathers for ceremonial use. The feathers came from the molten plumage of a whooping crane being rehabilitated by the International Crane Foundation, a wildlife center dedicated to the birds. 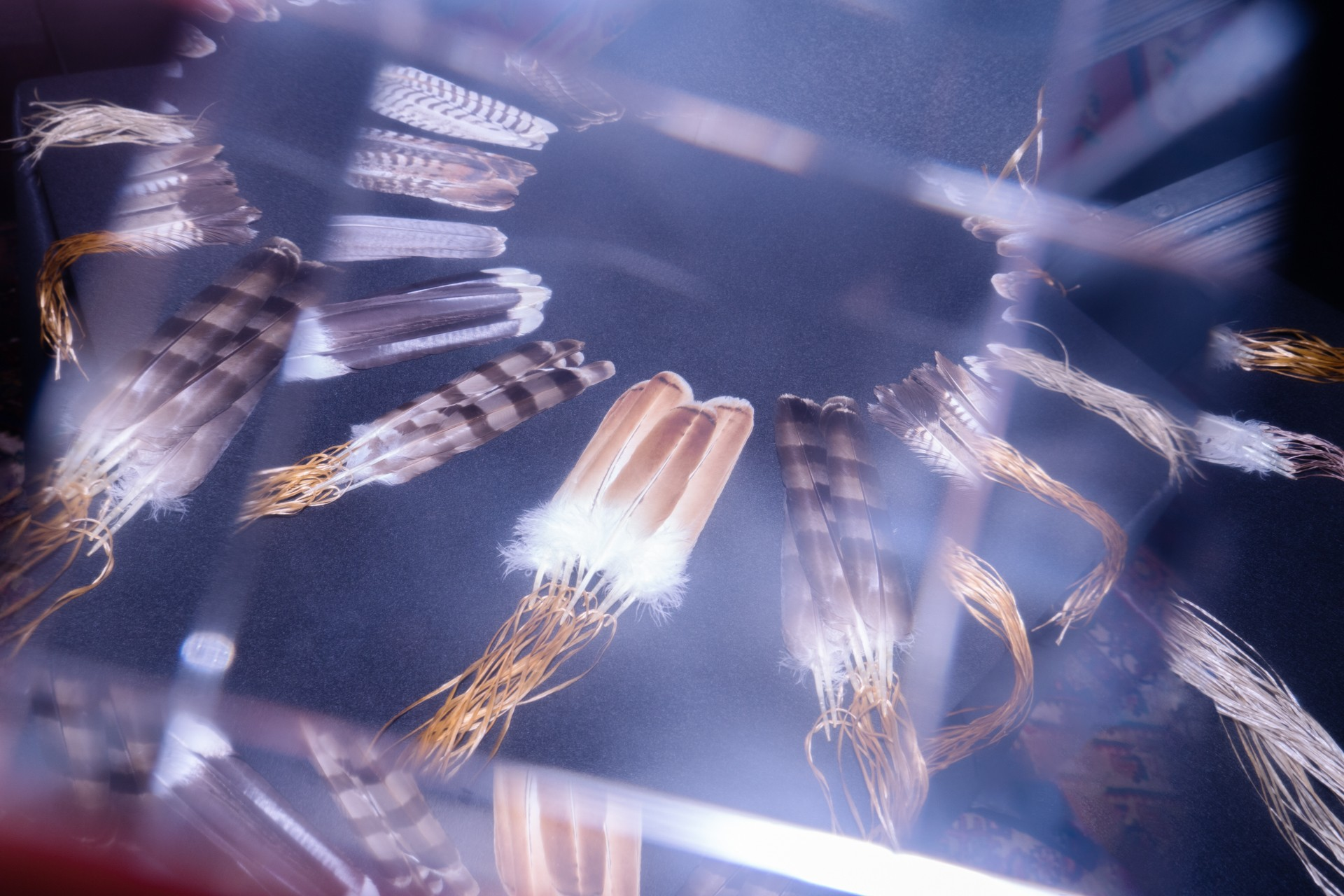 Was Kurt Vonnegut a nice man?

“Was Vonnegut a nice person?” Tough one. He could certainly be warm, wise and generous, but he could also be a greedy and disloyal business partner, a selfish, unfaithful husband and a crotchety, intimidating father. He suffered from depression and suicidal ideation; his work often flirts with nihilism. Robert B. Weide’s recent documentary Kurt Vonnegut: Unstuck in Time (the title quotes Vonnegut’s masterpiece Slaughterhouse-Five) is candid about the writer’s failings as a family man but Weide, who considered Vonnegut a close friend and mentor, still sands off a lot of rough edges. Vonnegut’s ex-wife Jane said: “Kurt doesn’t mind being hurtful, really, although he talks a good game to make you think the opposite. He’s fooled most of his public now, for a long time.” 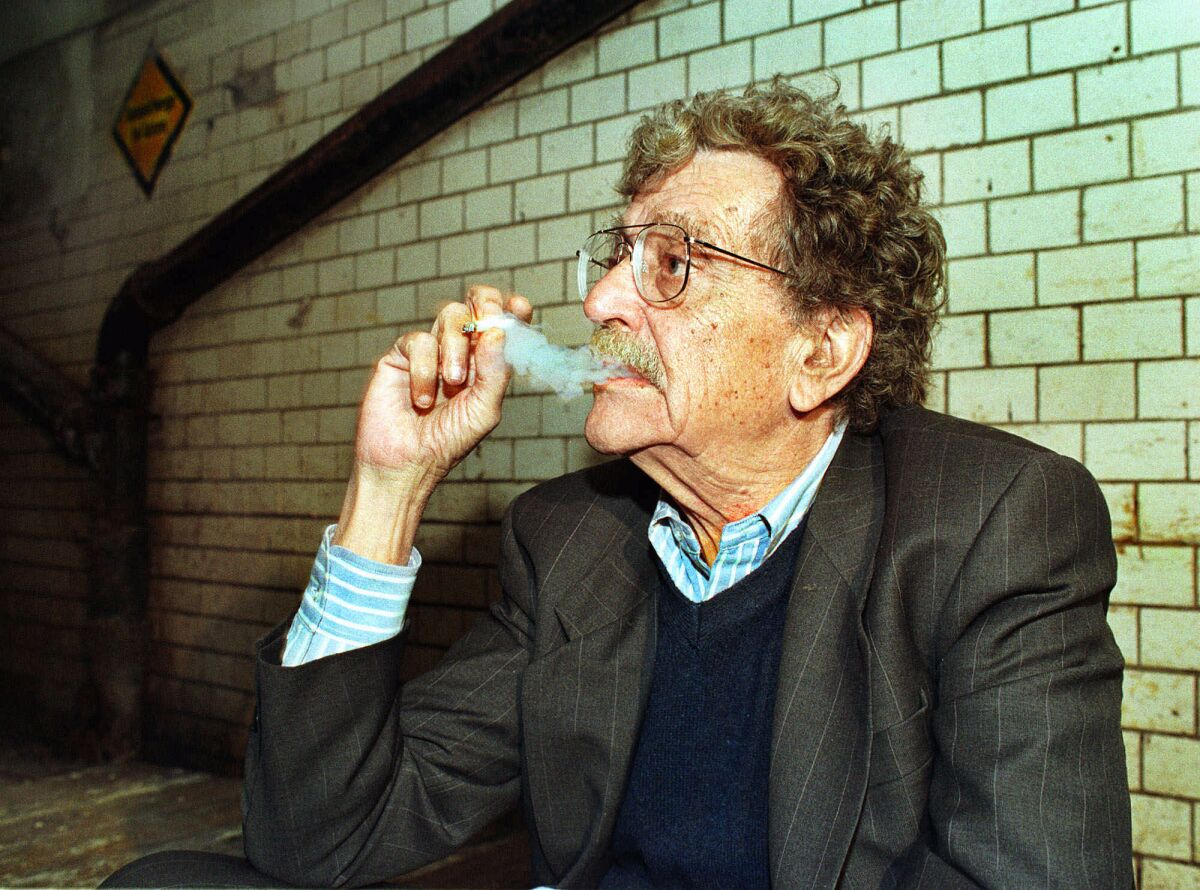 Lightning in the cloud from an erupting volcano