Leonard Brody of NowPublic posted a response to Jay’s note on Facebook saying: “Jay, thanks so much for this…great analysis. We really would love to have you as an advisor to the company. Interested?”

Given that New York University professor Jay Rosen’s NewAssignment.net is at the forefront of “citizen journalism” (or “crowdsourced” journalism or “networked” journalism, or whatever you choose to call it) it’s probably not surprising that he has some thoughts on the recent announcement by Vancouver-based NowPublic that it has landed $10.6-million in venture funding and is also expanding its relationship with the Associated Press — all of which I wrote about in a Globe and Mail news story and a blog post.

Jay recently wrote a Facebook note about the deal, in which he said that he sees great potential for NowPublic to evolve from what it is now into a true “networked journalism” site with full-fledged news reports as well as photos and videos — but he says that doing so will likely take more co-ordination and editorial oversight than the site is currently doing (at the moment NowPublic has no staff editors, although it does have former CTV reporter Mark Schneider overseeing things).

Jay has been through his own experiment with networked journalism in the Assignment Zero project, which was a co-venture with Wired magazine writer Jeff “Crowdsourcing” Howe and a host of others (more on that in this post by Jeff and a follow-up here) and is currently engaged in another with HuffingtonPost.com — a political reporting effort called OffTheBus. Jay did an interview about Assignment Zero here.

After I read his note, I asked Jay whether I could excerpt some of his thoughts here (for you non-Facebook types), and he graciously agreed.

END_OF_DOCUMENT_TOKEN_TO_BE_REPLACED

We’ve got a double-troll whammy today — twin trolls, if you will — from the always dependable John Dvorak at PCMag and from Sir Elton John in The Sun, that most credible of British tabloids. The former launched into one of his patented Dvorak rants, thick with portents of imminent doom but thin on actual facts and/or details, in this case about the coming bubble (a troll that caught Fred Wilson and Marshall Kirkpatrick, among others).

In typical fashion, the rant begins with a totally unsupported and ridiculously over-the-top statement:

“Every single person working in the media today who experienced the dot-com bubble in 1999 to 2000 believes that we are going through the exact same process and can expect the exact same results â€” a bust.”

Brilliant. Notice how it’s not just a few people, or even a few smart people, but “every single person working in the media today.” And they’re not just expecting something similar — no, they’re expecting the “exact same” results.

But the best part of this particular rant is the way he bolsters his argument that this is just another bubble like so many others, by pointing to the previous bubbles in CD-ROM software, pad-based computing, IBM-compatible PCs and software for word processing and spreadsheets. WTF? Apparently, any evolutionary process in which some companies cease to exist — even if they are bought by other companies — qualifies as a bubble for John.

Sir Elton isn’t in quite the same league as Dvorak (but then who is, really). Still, he manages to get off a few howlers in this Sun piece about how he wants to “close down the Internet” because it’s ruining the music business:

“I do think it would be an incredible experiment to shut down the whole internet for five years and see what sort of art is produced over that span… thereâ€™s too much technology available… Iâ€™m sure, as far as music goes, it would be much more interesting.â€

Classic. Of course, as the article points out, Sir Elton has been raking in the dough from digital downloads of his music (just the right amount of technology there, apparently). His Elton-ness also tries to get us to believe that “in the early Seventies there were at least ten albums released every week that were fantastic.” Ten fantastic albums a week in the Seventies? By who — the Bee Gees? Captain and Tennille? Foreigner? Please.

As was widely rumoured a couple of months ago, Club Penguin is being acquired, but not by Sony, who was said to be deep in takeover talks with the company when I last wrote about it. Instead, the wildly successful virtual world for kids — which was started by three guys from Kelowna, B.C. as a side project about a year and a half ago — is being bought by The House That Mickey Built. 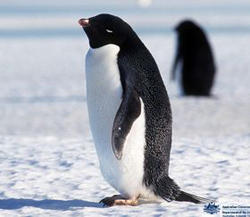 At the time of the Sony rumours, Disney was said to be interested in buying Webkinz, another Canadian-built virtual world for kids. According to the Wall Street Journal and PaidContent, the price tag on the current deal is $350-million cash plus an “earnout” of $350-million based on future performance. That’s a pretty handsome return on a little over a year’s worth of work, and from what I have been told — by at least one VC who was kicking himself for not being able to get in on the deal — ClubPenguin.com had not taken any substantial venture capital money whatsoever. The Globe did a story on the guys who created the site last fall.

Staci at PaidContent has a good overview of the deal (so does the Journal) including some comments from Disney CEO Bob Iger, and points out that members of Club Penguin are pretty protective of the site (which carries no advertising of any kind). Mike Arrington says that previous talks with Sony and others got derailed in part because Club Penguin donates a chunk of its profits to charity.

If you’re a traditional journalist with any interest in online media whatsoever, one of the central questions hovering over the acquisition of the Wall Street Journal is whether the Journal’s new proprietor, Australian billionaire Rupert Murdoch, will remove the pay wall and give the Journal away for free. He has said several times that he is considering such a move, but he has also mused about whether it would be worth it or not. 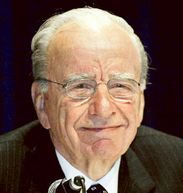 I know that many newspapers have looked to the Journal as a model for what a paper can do online, because it is one of the few that has charged for its content from the very beginning and built what appears to be a successful business doing so. But does it make sense now? This Wall Street Journal story notes that Murdoch commissioned a study that looked at what going free would mean for the paper, and from that he concluded that while readership would grow by a factor of 10, advertising would likely only grow by a factor of five, and the loss of subscription revenue would effectively make the whole thing a wash. In other words, maybe’s it’s not worth it. However, Murdoch has asked questions like this:

â€œWhat if, at the Journal, we spent $100 million a year hiring all the best business journalists in the world? Say 200 of them. And spent some money on establishing the brand but went global â€” a great, great newspaper with big, iconic names, outstanding writers, reporters, experts. And then you make it free, online only. No printing plants, no paper, no trucks.”

Fred Wilson has made it clear what his view is: Murdoch should make the WSJ free online, before he does anything else. Fred points out that the New York Times gets 10 times the traffic that the Wall Street Journal does, and is far more often the centre of an online discussion about business or financial matters. That kind of thing is going to drive Murdoch crazy.

Larry Kramer, formerly with Marketwatch, has a different idea about how Murdoch can keep charging for the Journal and use Marketwatch as a free alternative, an adjunct to his much-anticipated Fox Business Channel, but I’m not sure that would work. I’m going with Fred on this one. The Journal could be so much more relevant online if it were free, and Murdoch is just the guy to do it.

Darian Benkoil at Corante, a former AP correspondent and ABCNews editor, does the math and says that it doesn’t make sense for the Journal to go free (although I think one could question some of his assumptions), and Joe Wiesenthal has some thoughts over at Techdirt. Tony Hung at Deep Jive Interests isn’t so sure going free would be such a good thing for the Journal.

According to a report in the New York Post, and confirmed by this post at the company’s site, the environmental awareness network known as Treehugger.com has been acquired by the Discovery Channel for what the Post says is $10-million and PaidContent says is about $15-million (including “earnouts,” which are payments based on future performance). 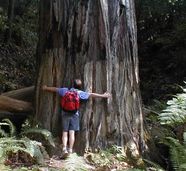 Treehugger has been around since about 2004, and is based in New York, but its founder Graham Hill is a Canadian from Ottawa, who got his start during the first Web boom with a design company called SiteWerks (he is also designed and sells this New York souvenir). According to Treehugger, the site has close to 2 million unique visitors a month and about 3.5 million page views. Hill says in his post on the sale that the company was approached by about 15 potential buyers and/or partners. Discovery apparently plans to make the site the online component of its Planet Green effort.

Interestingly enough, Nick Denton — founder of Gawker Media and former editor of Valleywag — apparently played a role in Treehugger getting started, and reportedly still has a stake in the company as well. Treehugger also has a Digg-style social networking site called Hugg.com. And as CNN Money’s blog points out, the deal for the environmental media hub is the second big deal for an online media property this month, coming on the heels of the $23-million acquisition of MediaBistro by Jupitermedia.