The local “citizen journalism” entity Backfence is closing the doors on its network of 13 sites, according to a post at PaidContent. Backfence CEO Mark Potts told PaidContent’s Rafat Ali in an e-mail that the investors are “continuing to talk to potential buyers or new investors, but have decided for business and operational reasons to shut down the sites rather than operate them without sufficient support.” 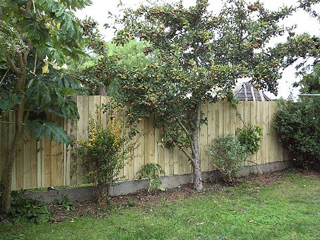 PaidContent also links to a long piece in the American Journalism Review about local online journalism and Backfence, which has a troubled history. I last wrote about it in this post entitled “Backfence around a ghost town.” Peter Krasilovsky at The Kelsey Group has some thoughts about the closure, and so does my pal Kent Newsome. And Ashkan at HipMojo wonders whether it wouldn’t be better if newspapers took a stab at some citizen journalism themselves — but admits that would be a difficult mix of cultures (and I would have a tendency to agree).

Pete Cashmore says Backfence marks the death of citizen journalism, but gets taken to task in the comments section of his post. And one of those commenters — a former employee at Backfence — puts forward an interesting idea: what if Craigslist.org started adding some aspects of “citizen journalism” to its local sites? A very interesting idea indeed. Any comment on that, Mr. Newmark? And Jeff Jarvis makes some good points in this post.