I have a lot of respect for Doc Searls — he’s been at this whole blogging/social media thing a lot longer than I have, and he is a thoughtful and sincere guy. He also sent me a high-res copy of some of his sunset photos after I saw them on his blog, and for that I am grateful. But I still think his latest post about newspapers and what to do with them (which sprang from a recent WSJ opinion piece by Andy Kessler) is totally wrong. 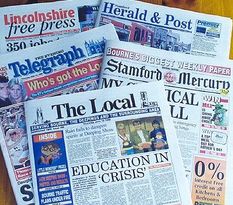 Okay — maybe not totally wrong. I think he is right that some people will always want to hold a paper in their hands, just as some people want to hold books, or listen to radio plays. But the number of those people is dwindling. As I mentioned on my friend Kent Newsome’s blog, I think Doc would probably like to return to a happier time when newspapers ruled the world. So would I. But that’s not happening. And to say that newspapers should charge people for the news and give away their archives is — sorry Doc — one of the dumbest things I’ve ever heard. Almost as dumb as the guy Jeff writes about here.

Would it be nice if we could go back to those days? Sure it would — but we can’t. I’m sure the record industry would like to keep overcharging people for CDs full of crap too. That ship has sailed. If you restrict access to your content some people will pay for it, but the vast majority will go away and never come back. That’s not much of a business model.

Doc has responded to some of his critics (including yours truly) in a post here, and admitted that I… er, we are right 🙂 Please read that and his comment below.