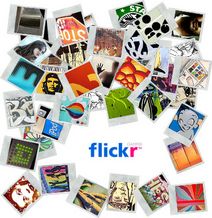 According to Mike Arrington — who interrupted his dinner with Brad Garlinghouse of Yahoo and Flickr creator Stewart Butterfield to do a blog post about it — Yahoo is effectively closing the doors on its photo service and migrating everyone either to Flickr or to another online photo service of their choice (Photobucket, Webshots, Snapfish, etc.). USA Today had the story too. Although there are details to be worked out, such as whether Flickr users will get free unlimited hosting the way Yahoo Photos users did or be forced to pay and upgrade to Flickr Pro, I think this is a smart move. Running two photo services doesn’t make any sense.

Maybe someone is finally paying attention to that “peanut butter” memo from awhile back — written, coincidentally enough, by Brad Garlinghouse. Danny Sullivan isn’t so sure that it’s a smart move because he thinks Yahoo Photos users will be pissed. Incidentally, Yahoo Photos hosts over two *billion* photos. Yes, billion. And Mike says that Flickr is going to allow users to upload video soon as well as photos — that should make things interesting.