I noticed that Andrew Noyes of Tech Daily Dose wrote about the opening of a Google office in Reston, Va. and provided some pics, so I thought I might do the same and write a post about my recent trip to Google’s Canadian HQ in Toronto. The search giant has had a small office in Toronto for awhile now, but recently moved into new and fancier digs just north of Dundas Square, and I got a tour — and some free lunch — from Tamara Micner a few days ago. After signing in with a touchscreen, I got a stick-on name badge printed out from a small machine and then entered the inner sanctum.

It was everything you might expect from a Google office: clean, brightly coloured, with a games room and a small kitchen area with a candy-dispensing station, a foosball table and so on. The office has a Canadian geographical theme, with the western end of the office featuring murals of mountains, a northern room with a giant mural of an inukshuk, a central corridor with Montreal-style architectural details, and then an eastern wall of offices with colourful doors and walls a la the Maritimes. There’s also a meeting area with lots of flat screens on the walls and a garage door that rolls down to close the room off. After the jump are some shots I snapped with my iPhone.

Thanks to Tamara and the rest of the Google Canada team for their hospitality, and for the tour. I’d love to tell everyone what we talked about, but then Larry and Sergey would have me killed 🙂 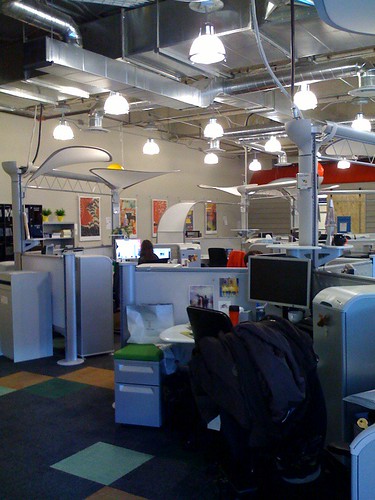 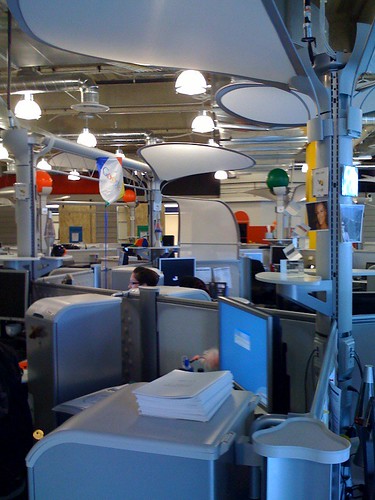 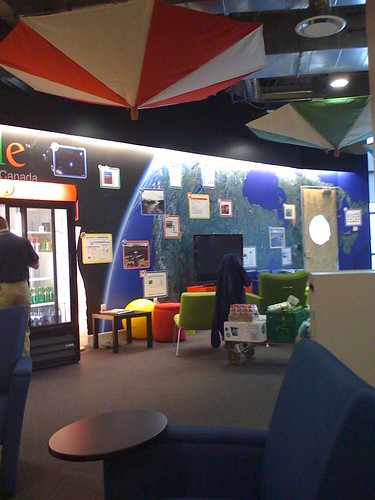 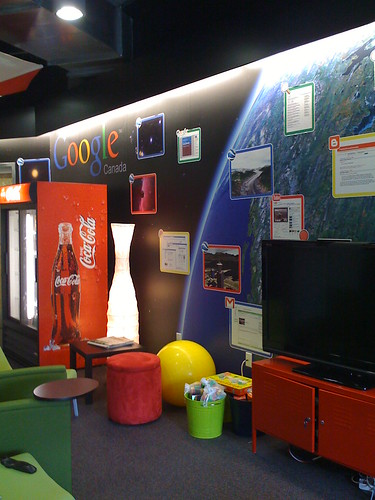 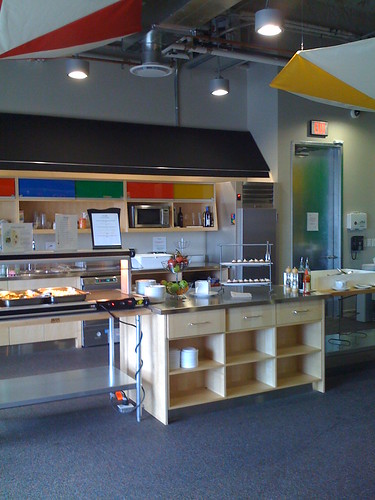