“I come not to bury Facebook, but to praise it.” — loosely paraphrased from Shakespeare’s Julius Caesar

There’s no question that Facebook is the hottest thing going in social networking right now, and the launch of the Facebook F8 Platform has made it even more important as a model of what is possible for such a network. At the same time, however, I think that there’s also a troubling element to the site, which is that Facebook is to some extent a walled garden. Dave Winer writes about it here, Jon Udell hints at it here, and so does Dabble DB co-founder Avi Bryant here. Others have also written about the same kinds of issues here, here and here. 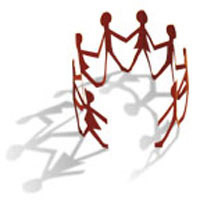 Obviously Facebook isn’t a walled garden in the same sense that America Online was way back when, or Prodigy or Compuserve or any of those other services. In fact, the F8 Platform launch ties Facebook into all sorts of Web services such as Flickr quickly and easily, which is a great feature and one I have written about before and likely will again. And yet, the reason Facebook did this is so you will spend more and more time on Facebook, and that is less and less time you spend on the regular Internet. Why can’t I have all the same features that I get with Facebook but without having to log in and click here or there everytime I do something?

In a way, we already have many of the attributes of Facebook: we can provide status updates through Twitter, we can chat through email or comments or GTalk or MSN Messenger or whatever — instead of Facebook’s irritating “wall-to-wall” feature, where you get an email telling you someone sent you a message, then you have to click and login, then leave a message, then they get an email, etc. Why can’t I just get the damn message?

In a sense, those kinds of irritations are a symptom of the larger issue, I think. We — and by “we” I mean bloggers, etc. — have all sorts of plugins and widgets that let us integrate Flickr and the MyBlogLog social network app and Last.fm song preferences and so on, and otherwise connect with people. Why do we need Facebook? Is it that we need the protection of the “limited profile” and the “click to add friend” process? I don’t know the answer. I’m just asking.

In light of all the coverage that I and others have been giving iLike for signing up more than 3 million users for their Facebook app, it’s worth noting Paul Kedrosky’s words of caution on that front.