Accenture has a study out that interviewed senior media executives for their views on user-generated content — or whatever we’re calling it now — and found that they are not just taking it seriously, they are outright afraid of what it could do to their businesses. “Media and entertainment executives see the growing ability and eagerness of individuals to create their own content as one of the biggest threats to their business,” the survey said. 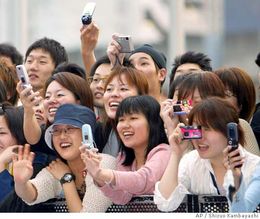