Greg Linden has said he is no longer going to be maintaining Findory.com, his personalized-news recommendation service, and Richard MacManus over at Read/Write Web says that Talkr is looking to be acquired.

The Dead Pool rumour mill continues — Mike Arrington says there are reports that Insider Pages, a Web 2.0 recommendation site, has laid off as many as two-thirds of its staff. And Tom Evslin has some advice for Web 2.0 companies: in a nutshell, it may take more money now to run a startup, rather than less.

Nothing gets the New Year off to a rousing start like a bunch of failing Web 2.0 companies, I always say. And we certainly seem to have a fresh crop: Peerflix (the DVD-trading company) is laying off staff, and so is Jobster (social-networking jobs site); GUBA (Web video) is shedding executives like rats from a sinking ship; FilmLoop (photo slideshow software) is struggling and Browster (browser search plugin) has apparently gone under.

What makes these kinds of failures a little awkward, of course, is that investors have plowed some handsome sums of money into these companies. FilmLoop raised about $7-million not long ago, and Browster raised about $5.8-million about a year ago. It’s true that as Don Dodge says none of these company went public and sucked money out of gullible investors (unlike the last bubble), but still. Perhaps whoever lost it on FilmLoop made it on some other dot-com. That would be fitting. 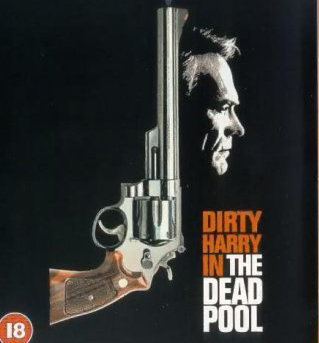 Mike Arrington has a long treatise on the topic of Bubble 2.0, in which he notes that regardless of which segment of the Web you look at — photo-sharing, video-sharing, video search, Q&A sites, Ajax start pages, social-shopping services — there are too many companies chasing the same pie. As my friend Paul Kedrosky said at mesh last year, the great thing about Web 2.0 is the low barriers to entry, but that also means you can have dozens of competitors in the blink of an eye.

For services like FilmLoop, two things stand out for me: The first is that so many of these Web 2.0 “businesses,” like Browser, are cool features or gizmos but not necessarily businesses. And the second, as expressed by <a href="http://www.techcrunch.com/2007/01/06/filmloop-dips-toes-into-the-deadpool/#comments“>many commenters at Mike’s post on FilmLoop, is what the heck is a Web 2.0 startup without any real business model doing with $7-million and 30 employees?